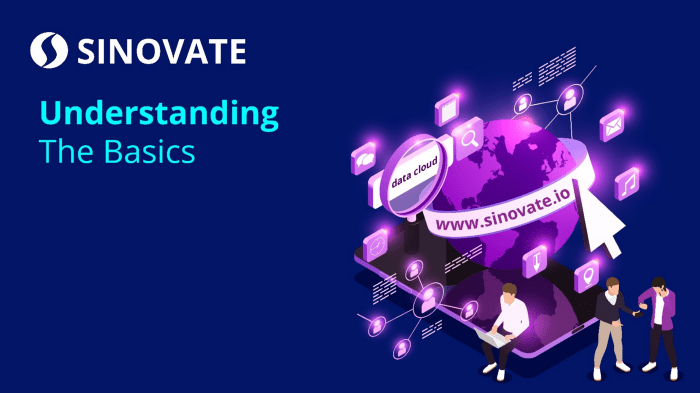 SINOVATE (ticker: SIN) is a hybrid cryptocurrency that seeks to combine blockchain technologies into a new and powerful protocol. By fusing the best aspects of proof-of-work, proof-of-stake, and Masternode layers, SINOVATE has created a robust and scalable new framework for data storage as well as other applications. Hybrid consensus will be activated at the end of 2020.

The team behind SIN (SINOVATE Infinity Nodes) is a group of talented professionals spread across the globe in the form of a DAO (Decentralized Autonomous Organization). However, behind the team is an even better technology, finely tuned to provide investors with the most favorable economic conditions and outcomes: Infinity Nodes.

According to the SINOVATE block explorer, there are 1200 of these nodes, spread around the globe to provide a resilient, secure, and high-speed decentralized network. This powerful technology allows developers to create new and exciting applications on top of the blockchain, producing an ecosystem of utility for SINOVATE and the public in general.

Infinity Nodes are used to process transactions and do so at an incredibly fast speed. As a hybrid blockchain, these nodes operate as a “second-layer” network, so transactions are far more scalable and require much less time for confirmation (they are near-instant). Currently, the SIN network can support 533 TPS (transactions per second), which is far faster than Bitcoin, which ranges from 3 to 7 TPS.

Infinity Nodes differ from traditional Masternodes and are seen by many as the “next generation” of this second layer technology. Each node runs a complete copy of the SIN blockchain and serves the network by confirming transactions. Doing this ensures network stability and integrity since one corrupted node could not override the entire network and rewrite the chain history.

Anyone invested in the Masternode sector of the crypto industry must be aware that a certain amount of coin collateral must be held in the wallet for an investor to run a blockchain node. This idea was first pioneered by DASH, whose specific collateral is 1000 DASH coins. While the coins are locked in the wallet, the owner receives an ROI in the form of coin rewards.

In the case of SINOVATE, there are three collateral options:

Each tier receives a dedicated portion of the block reward.

However, unlike traditional Masternodes, which can be turned off and the collateral liquidated at any time, SINOVATE’s approach has a twist. Nodes of all three tiers require users to “burn” their collateral. The term “burn” is commonly used in the crypto world and refers to the permanent destruction of the coins.

You may find yourself asking: “Why would someone want to burn their coins?” Good question! By burning the collateral for any of these tiers, the investor is estimated to receive an ROI on his/her coins over the 12-month life of the node. For example, if you burn 100,000 coins and create a “MINI SIN” node, you will have at least 110,000 coins by the expiration of the node.

First round of early infinity nodes received around 50% to 60% on top of their investments.

Now you may be asking, “why would SINOVATE want their coins destroyed?” The answer: coin scarcity. Technically speaking, SINOVATE will always be minting new coins. Nevertheless, even with constant coin creation, if enough users are burning coins through node creation, SINOVATE can create a deflationary model. There will never be more than 800,000,000 SIN coins in effect, even with infinite coin creation. Maintaining a low circulating supply means that the demand for coins will keep the price of the coin high — and investors happy.

This twist is not the only difference between SINOVATE and traditional masternodes, such as DASH. Traditional Masternode investors can purchase their collateral once and run their nodes for years on end. Instead of this model, SINOVATE’s nodes have an expiration date. After burning the collateral for a node, the node will run for one year before the investor will burn additional collateral. During the life of the node, the investor will receive the burnt collateral back, plus interest.

This model of recurring burns creates an ongoing demand for SINOVATE coins. The new arrangement creates an economic incentive that reduces investment risk. Since Node ROI is a function of how many infinity nodes are on the network if investors chose not to renew their burn collateral and instead opt to sell their coins — the node count goes down, and the ROI goes up. If enough people were to do this, the incentive to purchase coins and burn them as collateral increases. This ensures that there will always be buyers — because if nodes are going offline, there is more incentive for nodes to go online. We can draw a parallel between this and Bitcoin proof of work miners. If mining becomes unprofitable and workers are taken offline, the hash rate goes down, and mining becomes more profitable for those who remain online.

For most projects, the traditional model of Masternodes is little more than a ploy to lure investors. With some exceptions, these nodes do not offer any real services to the network. However, for SINOVATE, this is not the case! Infinity Nodes offer significant benefits to the SINOVATE blockchain. It provides the backbone for the Decentralized Cloud 3.0 platform that will be built on the network. This cloud platform will offer decentralized data storage, branded under SINOVATE as I.D.S. (Incorruptible Data Storage). Since the application will be blockchain-based, high speeds and continual uptime offer a significant advantage over centralized competitors because of the minimum 12 months return on investment requirement of Infinity Nodes.

SINOVATE has other strategies to maintain coin scarcity other than burning collateral. A small amount of coins is taken and burnt as a fee whenever a transaction is sent over the SINOVATE network. For PoW blockchains such as BTC and LTC, these fees are distributed to miners as a reward. However, since SINOVATE already pays Infinity Nodes with block rewards, these transaction fees are collected and burned. On top of transaction fees, all voting fees for DAO (Decentralized Autonomous Organization) governance are burned, as well as the fees collected on the decentralized cloud storage application.

Economically, the result of these coin burns is massive. The SINOVATE Explorer keeps live stats of coin supply. At the time of writing, nearly 8.5M coins have been burned from fee collection, and another 757M coin burned for node collateral. The total burnt amount is nearly 770M, while the total supply is only 698M. Astoundingly, more coins have been burned than currently are in supply. This has to be the case since the supply will never exceed 800M. That means that unlike government-issued FIAT currencies, SIN is already a deflationary cryptocurrency. Instead of your money’s value eroding with time (inflation) — your SIN coins will actually be more valuable with time because they will be more scarce.

The first Infinity Nodes are set to expire in June of 2020 after being active for 12 months. These include 198 LIL SIN nodes, 148 MID SIN nodes, and 152 BIG SIN nodes. Then in July, an additional 48, 41, and 54 LIL, MID, and BIG nodes will expire, respectively. When this occurs, the return earned by the remaining nodes will increase — thereby incentivizing investors to burn more collateral and further decrease the supply.

However, when the Infinity Node 1.0 platform launches, this will transition purely to the custom-built Infinity Node codebase and legacy Dash masternode code will be removed.

To learn more about SINOVATE, please use the following links: